Sharing God's love with you

As the Youth Worker at St. Augustine's, this is a diary I have been keeping about the lock down activities we have been engaging in whilst the Church is closed. As a youth group, we are all very much enjoying virtually spending time together, and it's plain to see that the young people are enjoying connecting with each other every week.

Please pray for us as we continue to meet virtually throughout the lock down period, both for our young people and for young people in Luton and across the UK who don't have the support of a youth group or wider church community: 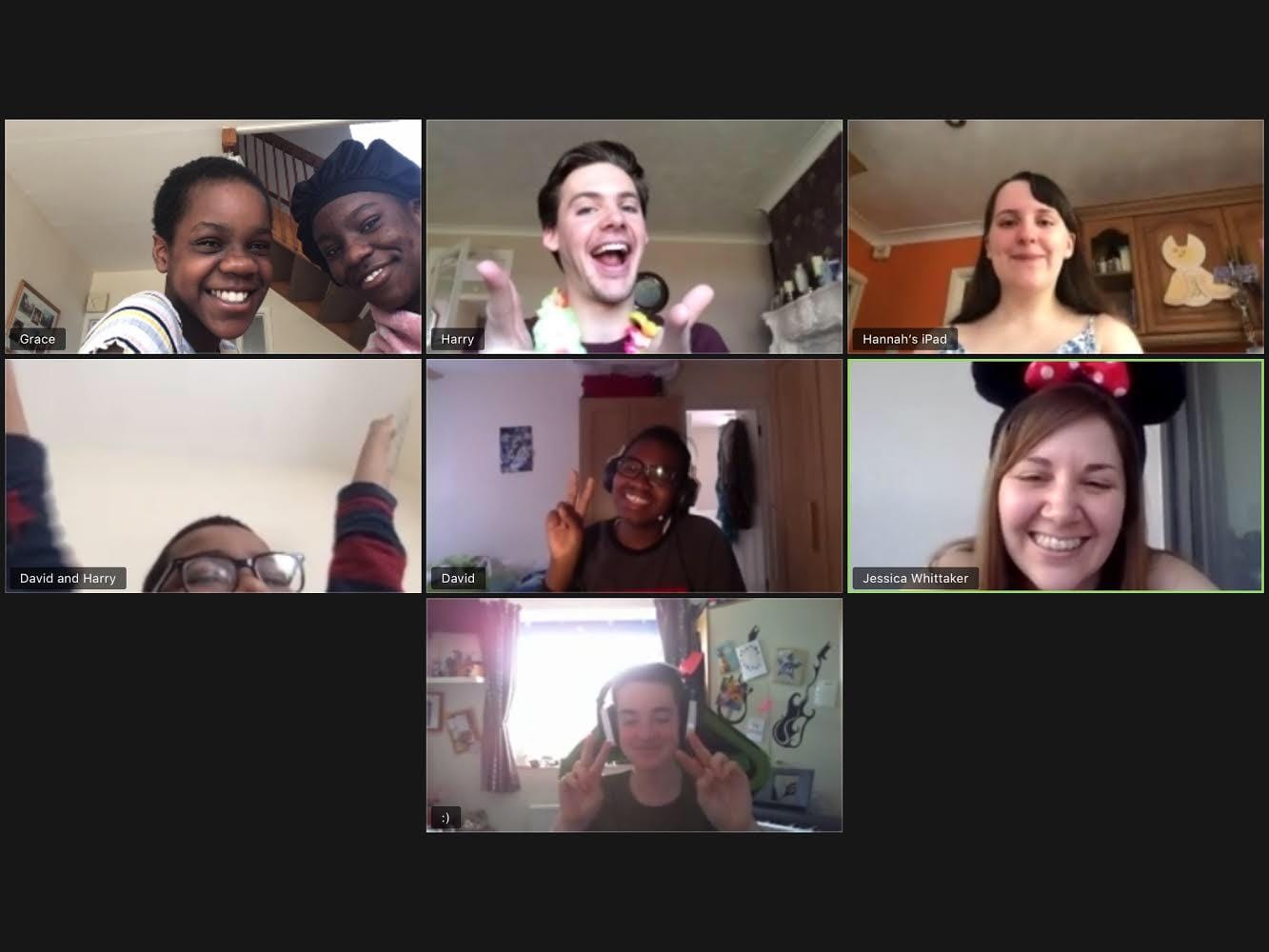 On Easter Sunday, the young people of St. Augustine's, myself and Harry Whittaker played a game of virtual bingo via an online platform called Zoom. It was the first time we had all connected as a youth group since the lock down started, and the young people enjoyed the game immensely! Since then, we have been virtually connecting at 11am every Sunday to play games and catch-up. Last week, we did a virtual scavenger hunt which required the young people to figure out the answers to riddles and collect common household items as fast as they could!

Today, the young people of St. Augustine's took part in a virtual quiz via Zoom. With rounds from TV and movies to guess the emoji phrases, we all had great fun racking our brains and guessing answers. The most popular round by far was the 'Hotdogs or legs' round, where the young people were shown photos of two hotdogs or a pair of legs, and were asked to guess which was which. Who knows what we'll get up to next week, but one thing's for sure, this week will be hard to beat!! 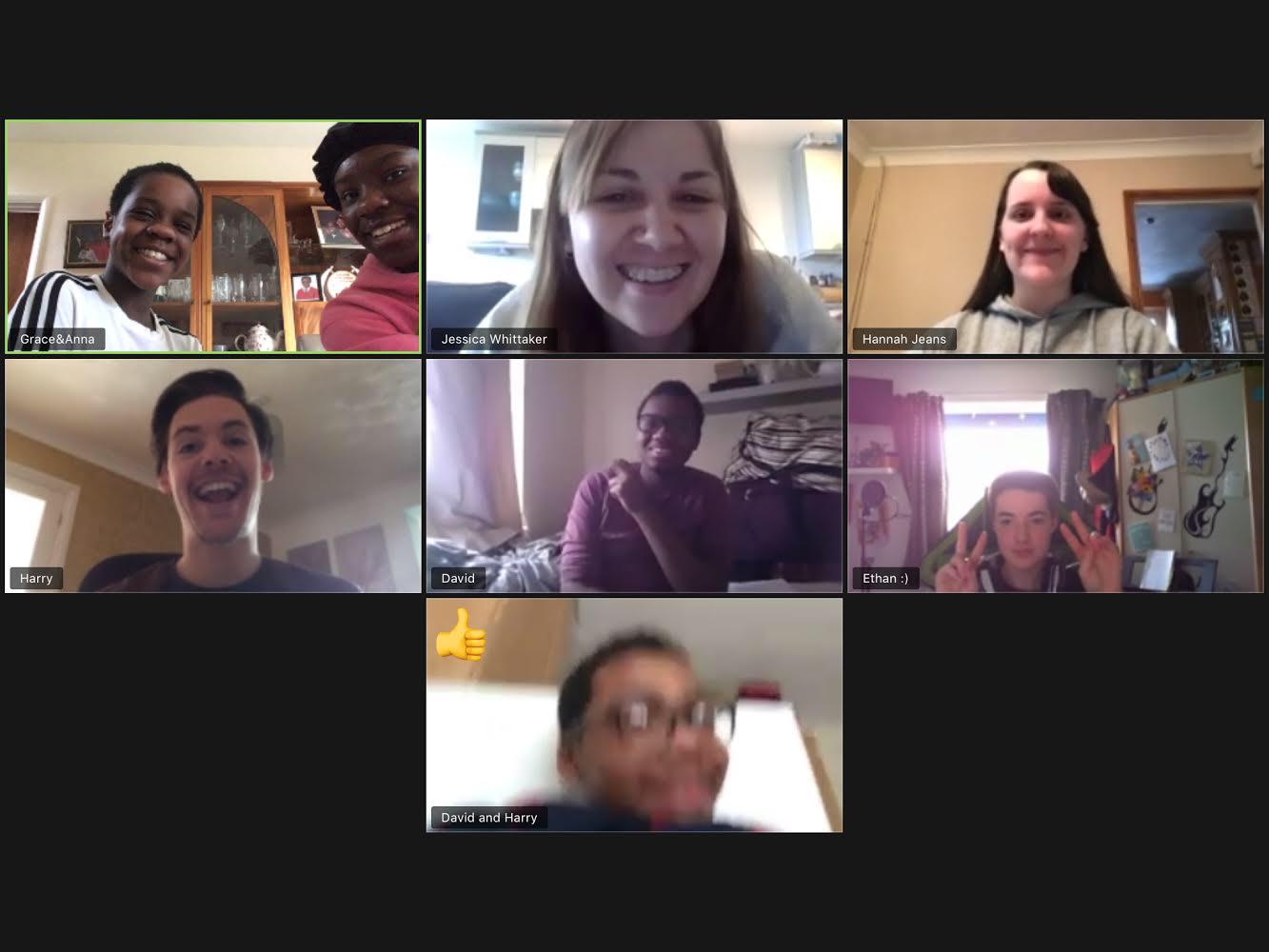 On Sunday 3rd May, the young people of St. Augustine's all played a game of virtual Pictionary. This involved everyone taking turns coming up with something to draw, drawing it and showing the rest of the group via their camera in order for us to guess. As it turns out, many of our young people are really great at drawing! As a result, next week, we've decided to do something creative (like drawing, colouring and collaging) together via Zoom. Maybe we'll have some awesome art to show you all!

Later that day, some of us also watched some live worship performed by a group of Catholics called One Hope Project. Some members of the group also took part in the UK Blessing video. The young people that watched this live worship event really enjoyed the experience. You can watch both of these videos here:

This week, the young people were asked to gather their art materials in order to get creative during our Zoom session on Sunday 10th May. They were tasked with designing some very special postcards for some very special people - and using pens, pencils, paint and coloured card; we had lots of fun colouring, painting, cutting, gluing and chatting the time away! Check out what we made in the photo below, and we'll update you all next week as to where these postcards found there way to... 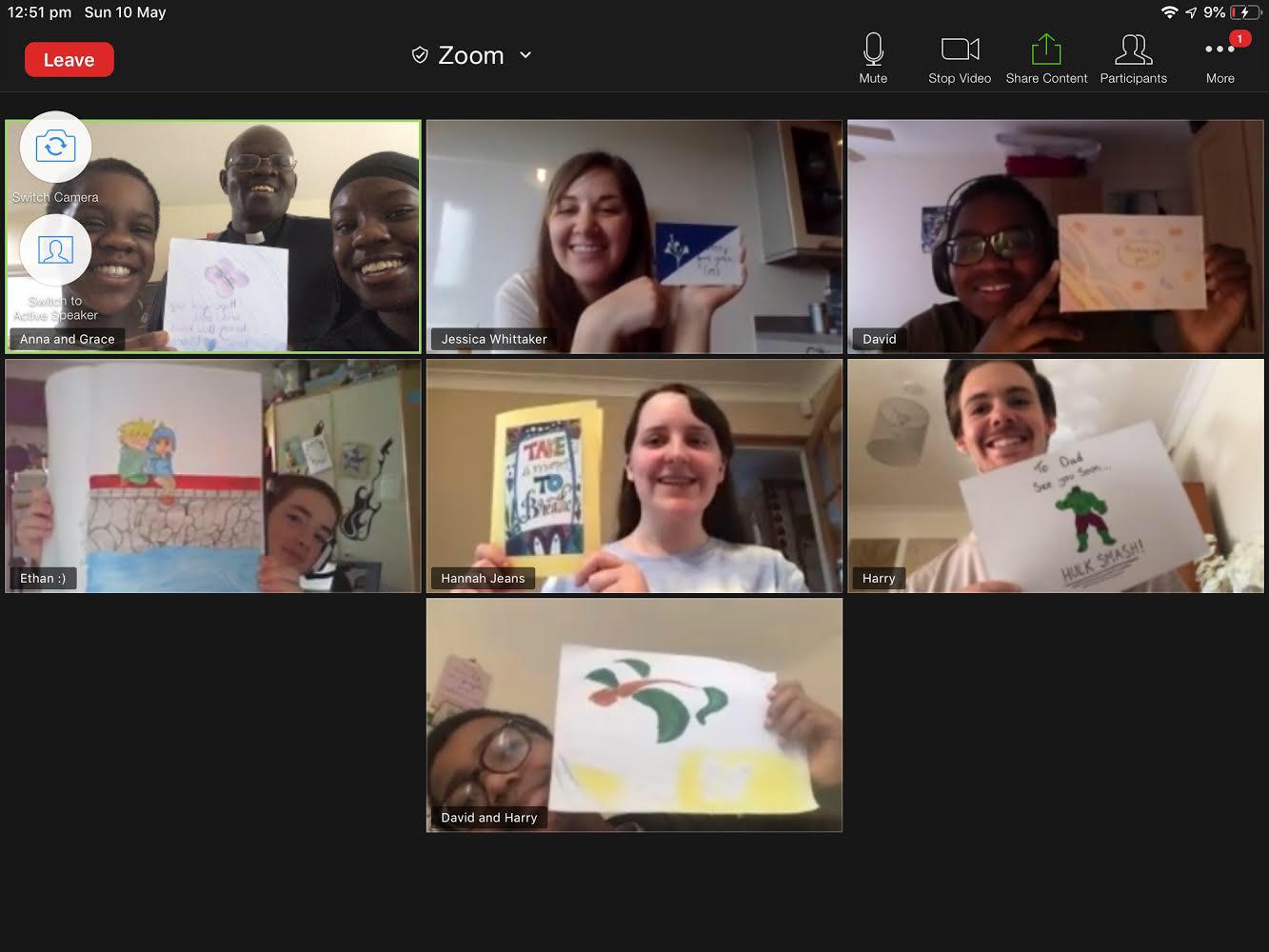 Today was the first ever St. Augutsine's Youth Group's Got Talent show! Once again, at 11am, we all met on Zoom and this time performed our talents. Our host, Harry Whittaker, introduced us one by one and even passed on pretend comments from special judges such as Simon Cowell, Captain Tom and Vincent Van Gogh !? From singing to playing musical instruments, and from dancing and gymnastics, to impressions and drawing - everybody had something amazing to share! In the end, there could be no winner as we were all too good to choose from. PS. Check out the postcard below with all our lovely drawings on from last week - we'll be posting them out to some members of the congregation shortly and we hope you all like them! 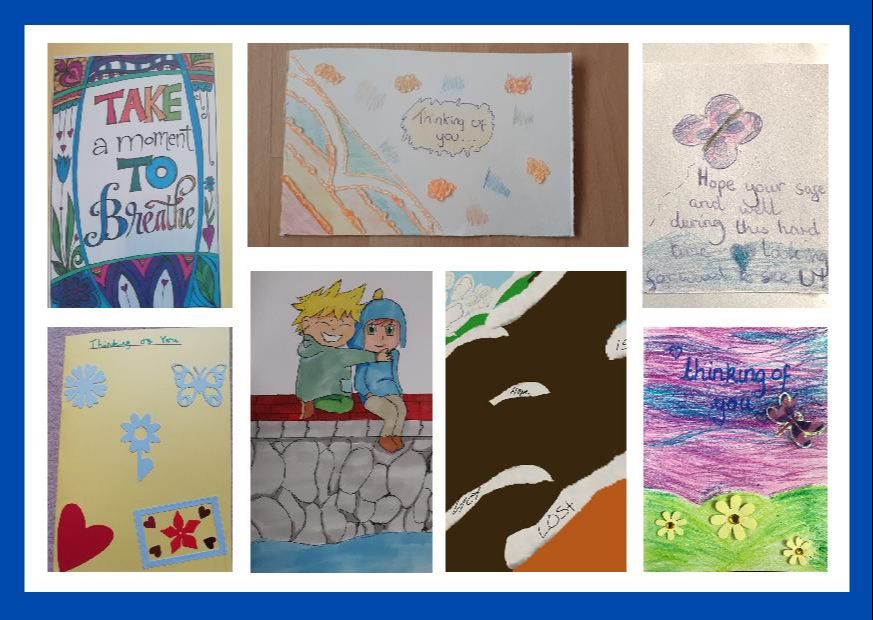 On Sunday 24th May, the young people were all very excited about playing a game of 'Two Truths and One Lie' via Zoom, and at 11am we did just that. Hannah hosted the game and instructed everyone to create two signs, one with the word 'Truth' and one with the word 'Lie'. The idea was that once we had all decided which statement someone said was a lie, we could hold up our 'Lie' signs and call them out on it! Everyone took a turn at coming up with three statements about themselves, and then allowed the rest of the group to ask questions in order to figure out which one was the lie. Not only was this game a lot of fun, but many of our young people have some seriously good poker faces! 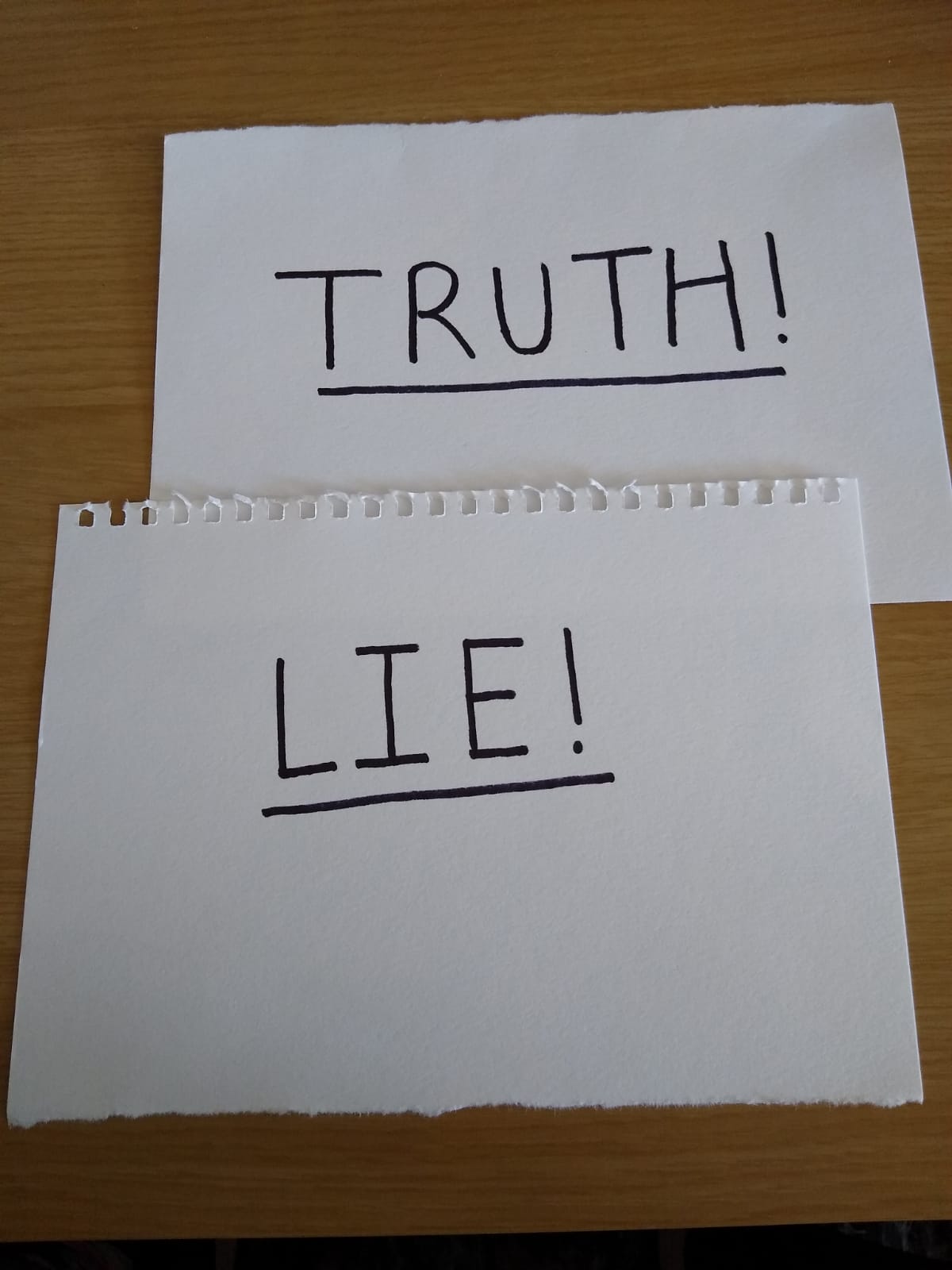 This week, we had our first ever zoom service to celebrate Pentecost. We were joined by the Archdeacon of Bedford, Dave Middlebrook who led the reflection, Janna who read the collect and Jairo who led the young people's service. It was a really intimate service that allowed the young people to reflect on Pentecost during a time where Church buildings are closed and have moved to online. We also enjoyed waving our ribbons, singing a song and praying for youth leaders, schools and other young people who might find lock down difficult to cope with. We even had time to pose for a photo!

After the service, we played a memory game where we had to try and remember as many items as we could after they'd been taken away. Next week, we'll be playing a game of Play Your Cards Right! Let's hope it's a "good game, good game!" 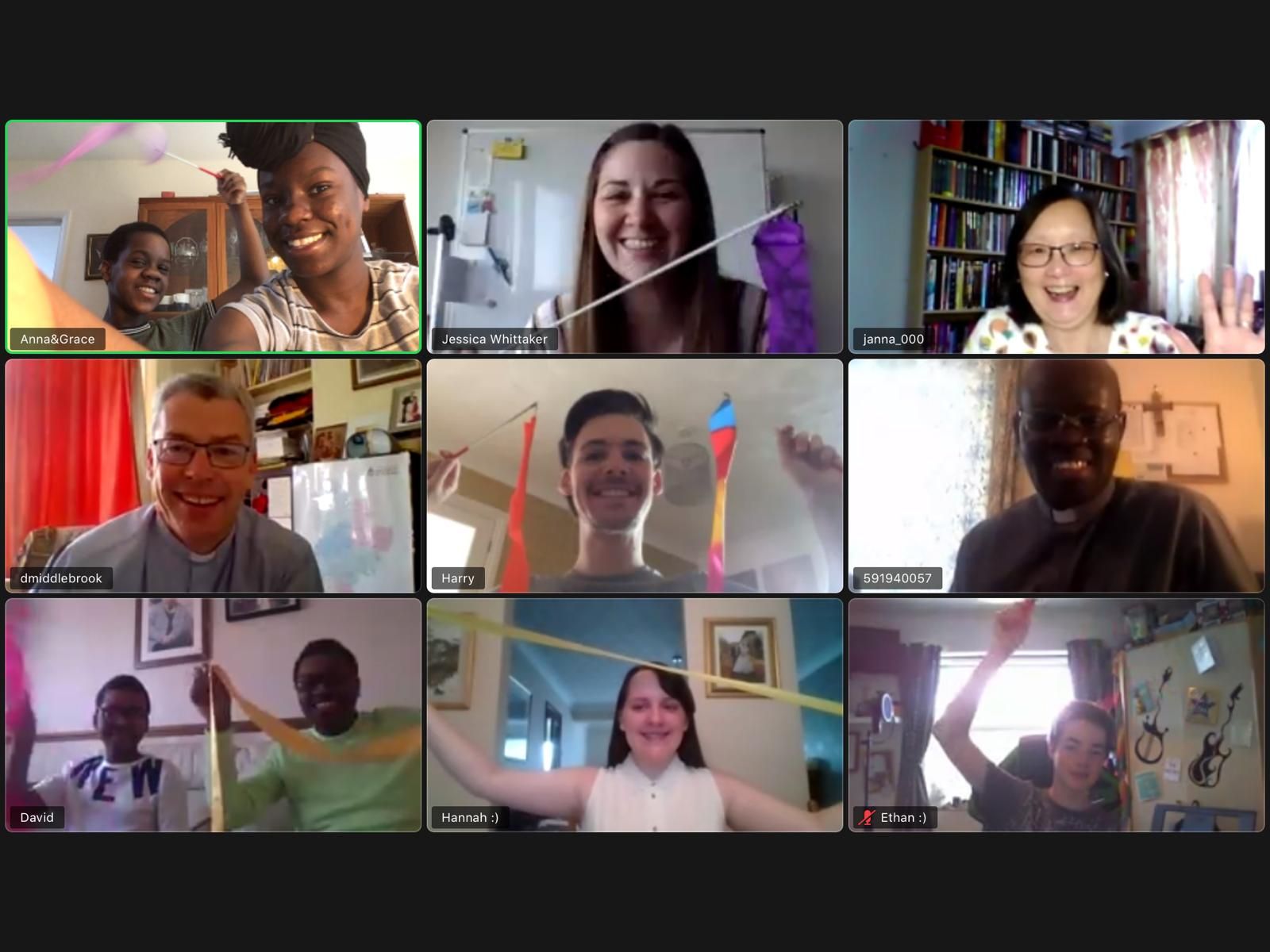 On Sunday 7th June the young people played a game of 'Higher or Lower' otherwise known as 'Play Your Cards Right'. We used a giant deck of cards to each play a round in teams of two. Each team had to guess as five cards were turned over (one at a time) whether they were higher or lower than the one before. They also won pretend money every time they were correct, and used that money to bet in order to earn more in the next round. This game was a lot of fun and our young people really enjoyed taking risks in the hope of winning more pretend money!

The following Sunday, David, one of our young people led us in a few games of online Mafia via a website called MafiaGG. We were each allocated a role (villagers - could be murdered/can vote who they think the murder is, mafias - choose people to murder, police officers - accuse someone of being the mafia and doctors - choose someone to save) and online names so nobody knew who was who. At fist, we weren't very good at keeping our roles a secret! But the more we played, the more we began to get the hang of it - and by the last game we were playing together as a team to work out who the mafias were.

As well as this, we also talked about School, receiving thank you's from postcards that we sent out and what we think about opening the Church now that lock down is slowly beginning to ease. 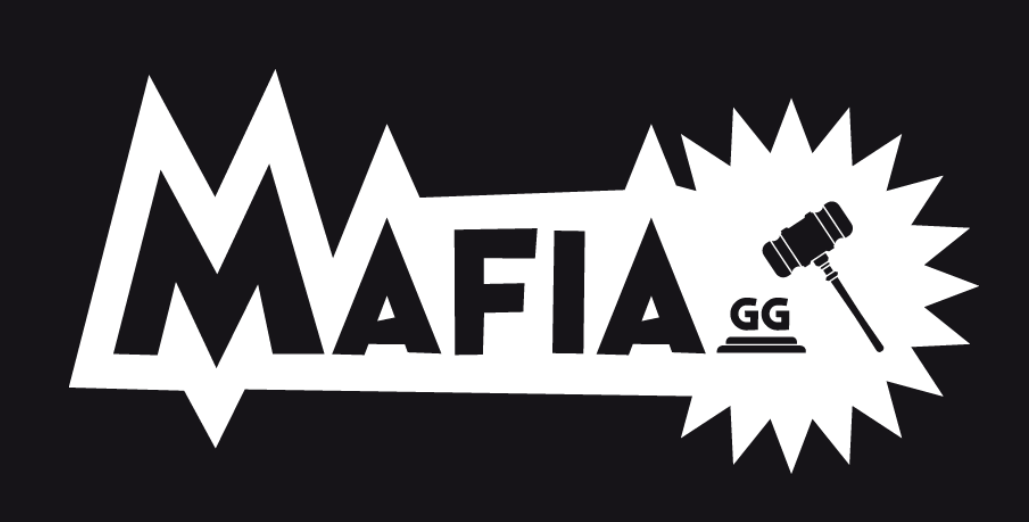 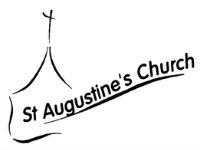